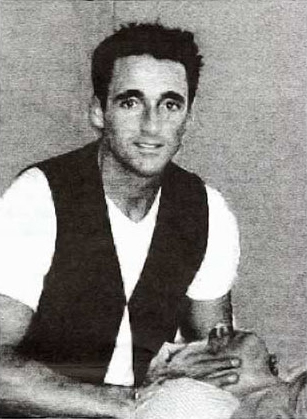 You've been working with the Edgar Cayce material in your practice for over 10 years. How did you get interested in Edgar Cayce?

When I was a young boy, there were many books and materials in my home on metaphysical subjects including, Edgar Cayce. I heard his name on a regular basis and knew him as a great psychic and mystic early on. We took regular trips to the A.R.E. in Virginia Beach. Psychics, channelers and mediums were friends of the family and often at our home. My sister and I frequently joke about the circumstances of our growing up - how normal it was for us to take a vacation at a yoga camp or spiritual clinic and even to participate in seances. We were definitely considered "out there." As I look back on it now I know these unforgettable experiences were part of my Karma and I am grateful.

You have said that there was a "lightening bolt beginning" to your working relationship with the A.R.E....

I have always placed great trust in the universe and the path it wished me to follow. My guides have aided me with very definite signs and signals. Approximately 6 years ago, while sitting at my desk at work, I received a very strong message - like a lightening bolt to the right side of my head. The message was clear: Bring Chiropractic to the A.R.E. in Virginia Beach. At this, I put down the book I was reading, Cayce on the Life of Jesus, and thought, "I need to move to Virginia Beach and open up a practice within the A.R.E.." My intuition told me to act right away. A frantic search for a phone number for Virginia Beach led me to Lynne Salomon (now Lynne Salomon Miceli). I was confident, based on the clarity of the message, that Charles Thomas Cayce, the grandson of Edgar Cayce, would welcome my idea with open arms. The receptionist at "The Beach" told me over the phone that I would not be able to speak with him, that I was welcome to come to the center and wait. Being somewhat and impatient person and not wanting to waste time, I immediately called my wife and asked her to pack a bag for the weekend. I rented a red Hyundai (red - which I interpreted as being a sign of good fortune), and headed down there. I explained everything to my wife, who had grown to expect some of my unpredictable behavior.

The next day I went to A.R.E. Headquarters, where I waited for 2 hours to see Charles Thomas, before the door to his office opened and he invited me in. He was hesitant about my proposition, because, he said, it might alienate some of the chiropractors that Headquarters refers patients to in the Virginia Beach area. I couldn't figure out how I could have been so wrong about such a clear message. I said goodbye with a half-hearted smile and left in a state of disbelief. Within a week of returning home Lynne Salomon called about plans for the opening of a new A.R.E. Center in NYC, and asked if I would like to help develop the Health Services division. I accepted. After that call I sat quietly laughing to myself about how playful the Universe can be with me.

What have been the most striking healings you have encountered through your work here?

The first extraordinary A.R.E. healing took place in the first month I was there. A fifteen-year old boy had suffered from epilepsy his whole life. I gave him 6 spinal adjustments. After the third adjustment, the boy reported that the seizures he had been suffering from had stopped, and now, five years later, he has not had a single seizure. I receive cards every Christmas from the family that include a report on his condition. Most epileptics have good results from chiropractic.

Since that time, there have been more miraculous healings than I can count. ONe that stands out involves a 69-year old man who came to see for lower back pain. It was learned that he was also suffering from prostate cancer. It appeared to me that his lower back pain involved compression of the same nerves that also innervate the prostate gland. Within one month of his receiving chiropractic treatment for his lower back, his prostate cancer went into complete remission.

A friend who was having painful menstrual cycles came to me when her menstruation suddenly ceased. Upon examing her lumbar spine I found great distortions in her alignment. After 3 months of regular adjustments her menses returned and without pain. Now, the funny thing is, she referred six of her female yoga students to me who were complaining of everything from painful menstruation and uterine fibroids to sexual difficulty; and there even was one woman who wanted to reverse the ill effects of menopause. On was a 29-year old woman who had been trying to become pregnant. Within 3 months of regular adjustments she was pregnant and I now treat her young son also.

In 1993, while in the Levitown clinic, I saw a 2-year old Labrador retriever that developed intestinal cancer after being hit by a car. Her middle back was very badly twisted. My colleagues and I secretly examined and began treating the dog. She handled the adjustments remarkably well and showed improvements within the month. A couple of years later I found out that the cancer had emitted and that dog was totally recovered.

Most recently, I was recognized by the MOunt Sinai Hospital Orthopedic Department after correcting the seemingly non-correctable condition of one of their scoliosis patients. It is highly unusual for a chiropractor to gain this level of acceptance by a major hospital. I can safely say that every scoliosis patient I have treated has shown at least a small degree of improvement, if not complete correction, through chiropractic. One woman was experiencing agonizing back, arms and leg pain along with headaches and digestive and reproductive system changes. She was cautioned by her doctors that chiropractic would worsen her condition. Their answer was to put her in a body brace when young and then to intervene with surgery if the condition worsened. This approach is antiquated and torturous. However, within two weeks of regular spinal adjustment the pain began to disappear, by four months the advanced curvature had all but been corrected. At the patient's yearly checkup at Mount Sinai after five months of chiropractic treatment (an 90% correction in her spine), the doctors were astonished. I now receive regular referrals from Mt. Sinai's Orthopedic Department. Not all MD's are closed-minded.

You have seen improvements in children with behavioral disorders...

It has been common for children with Attention Deficit Disorder (ADD) to improve and be taken off Ritalin or some other behavioral modification drug after a period of receiving regular spinal adjustments.

Was there any spiritual work involved in order for these healings to occur?

As a child, psychics who frequented my home said I was destined to be a great healer. I loved hearing this and I hoped it would become a self-fulfilling prophecy. I love what I do, and feel my work is propelled by Spirit. Frequently I ask that the universe give me direction in handling difficult cases. Often I run my hands over a patient's spine without touching the surface, and feel for what I call "spiritual hot spots." I have found it to be another effective way of diagnosing and locating areas of energy blockage.

It is my experience that many patients who seek help need to work on emotional or spiritual issues before they can progress physically. In a number of cases I have suggested that they not be immediately treat through chiropractic, and have referred them to someone at the Center who can help with this.

Working at the A.R.E. has been such a profound experience for me, because we receive a great number of patients who realize health is attained through balancing body, mind and spirit. For this reason, I have referred to this for of healing a Caycean Chiropractic.